Association of the Ubiquitous Anaphaeans

The Association of the Ubiquitous Anaphaeans is a creation of the first Anaphaeans who moved en masse around 1860 at the invitation of Otto to participate, as famous craftsmen, in the reconstruction of the current Greek Parliament and then Royal Palaces and many other public buildings.

As its first headquarters, the Association, had the church of Agios Symeon in Anafiotika of Plaka, a district that was built and inhabited exclusively by Anafians. The district was built according to the standards of Anafi Town and retains to this day its Cycladic character.

The Association recognized as a national/local association for the first time in 1924, based in Anafiotika of Plaka.

In 1969, it moved its headquarters to Makrygiannis with a donation of a deceased patriot, while in 1983 it acquired with its own expenses a room in Agios Dimitrios where its Cultural and Spiritual Center is located until today. The selection of the Municipality of Agios Dimitrios as the headquarters of the Association is a key choice since most of the Anaphaeans who live outside the island are located in Agios Dimitrios with a focus on the area of Souli.

The main goals of the Association of the Ubiquitous Anaphaeans are: 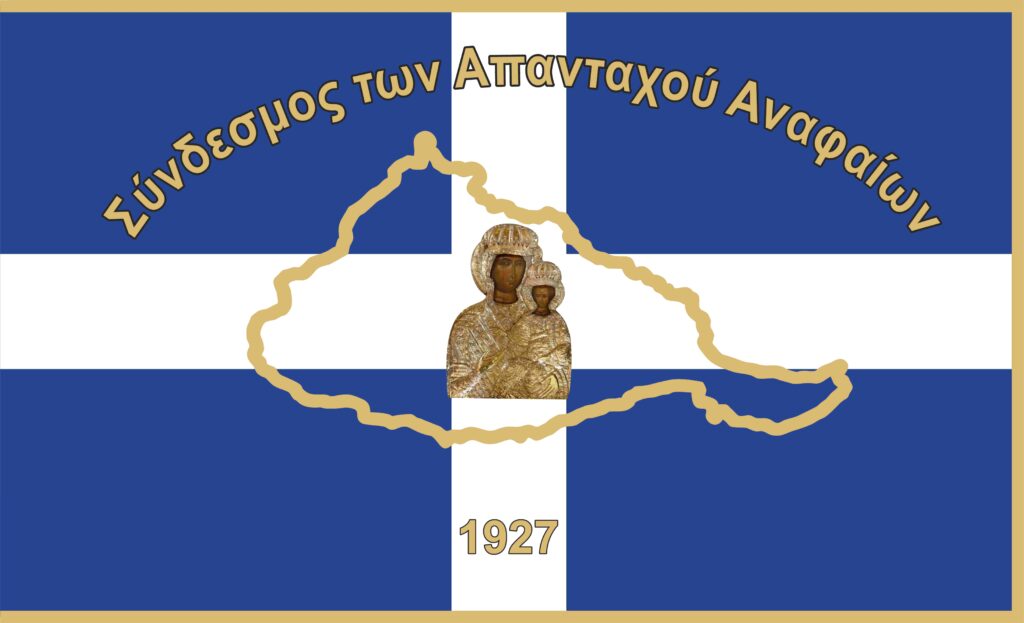 To achieve the above:

The Association of the Ubiquitous Anaphaeans is an open association equally to the local community and to the Anaphaeans everywhere on earth. It accepts equal members both Anaphaeans and non Anaphaeans. Extroversion towards everyone is characteristic of all so that everyone knows and embraces the culture, customs and traditions of the beautiful Anafi and to become potentially Inexperienced: those who come from the island of the Eagle Apollo

Cookies are important for the smooth operation of webpage anafi.gr and for improving your online experience. Click "Accept" to continue or select "More" to see detailed descriptions of cookie types More Accept

For the smooth running of the website, we sometimes store small data files called cookies on your device. Most websites use them. What are cookies? A cookie is essentially a small text file that is stored on your device when you visit a website. Allows the site to remember your actions and preferences (such as login details, language, font size, and other appearance-related preferences) over time so that you do not have to repeat your selections when you return to or navigate through the site. one page to another. Cookie management You can manage or delete cookies as you wish - You can delete all cookies on your device, and you can set most browsers to prevent them from being saved. If you do, however, you may need to manually adjust your preferences each time you visit a site and some of its services and features may not work properly.
Go to Top